As we all are aware of the fact that the hardest known natural substance on earth is carbon and natural diamonds are made from them. After remaining in conditions of high pressure and temperature under the mantle of earth natural diamonds are formed with a time span of nearly 1 to 3 billion years. 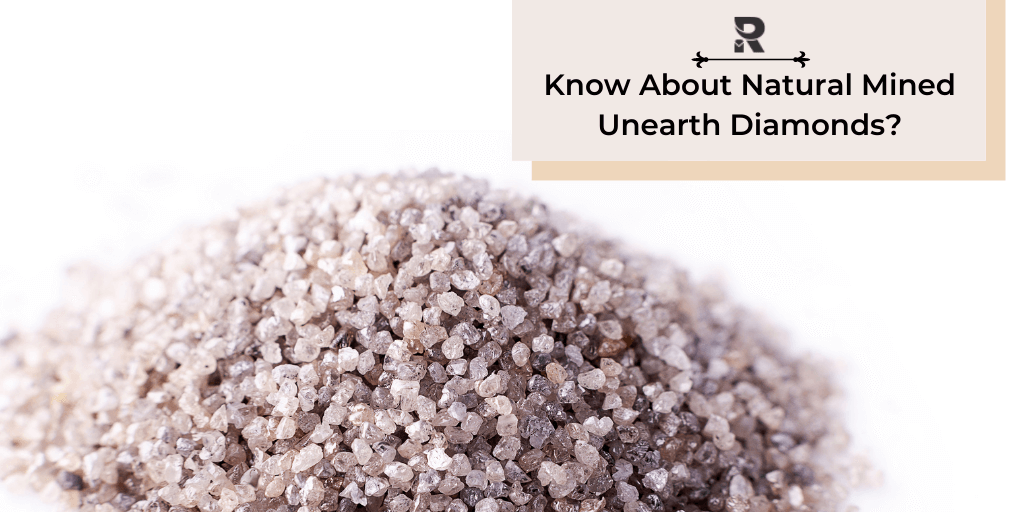 How are diamonds formed?

Deep inside the surface of earth nearly about 100 miles or below diamonds are located mostly in the earth’s upper mantle. Due to all possible obvious reasons those parts of the earth are quite hot and also under a lot of pressure due to the weight of the bearing down of the overlying rock. So these conditions of high temperature and pressure are the ones which are vital and responsible for the diamond crystals to grow under the surface of earth. Till the latest knowledge of mankind all the diamonds which are found in the earth are formed due to these similar kinds of conditions. That part of the earth cannot be sampled directly and there is no method to drill till that depth and also one cannot travel that down near the earth’s upper mantle.

How are diamonds brought to the Earth’s surface?

Many years ago in the history of earth a quite exceptional and unusual type of deep seated volcanic eruption took place. Being quite violent in nature it was responsible to bring the diamonds that we now see on the earth’s surface. Such erupts have not been observed in the modern times. The reason for those erupts to be quite deeply rooted is considered the hotness of the earth (which at that period of time was much hotter) due to frictional heating, decay of radioactive elements etc. As a result of these eruptions the previously formed diamonds were carried to the earth’s surface from the upper mantle. On reaching the surface of the earth the eruption fabricated a heap of the volcanic material which over the time cooled and inside which the diamonds are found.  These igneous rocks are named Kimberlites after the name of a town in South Africa after the discovery of 16.70g of diamond in 1869 and this resulting in the digging of an open pit mine named the big hole. The kimberlites are considered to be the source of quite a few mined diamonds in the world.

One thing is for sure that any diamonds that came to the surface of the earth by the process of kimberlite eruption which brought the diamonds to the earth’s surface from the upper mantle happened quite quickly. Because if they would have been traveling way too long or slowly they would have as a result turned into graphite on the way. During this process of moving quickly, they got stuck in a place with a diamond-like structure. The process and the time span taken for the diamonds to cool down is quite fast and they quickly cool down from quite high temperatures to low ones i.e. within a few hours and in the meanwhile, they travel at the rate of 20-30 miles per hour. After bringing the natural diamonds to the surface of the earth they are cooled quite quickly and the atoms of carbon are locked in a place and not a great amount of energy is left which could rearrange and turn them to graphite.

What is carbon’s role in forming diamonds?

Under conditions of high temperature and pressure the atoms of carbon make chemical bonds with each other to start growing crystals thus resulting in the formation of diamonds. Each carbon atom makes a bond with four other carbon atoms due to extreme conditions of pressure and temperature thus making it a very strong type of chemical bonding. Very strong covalent bonds (bonds made by the sharing of electrons) are formed due to each carbon atom forming bonds with four others and as a result diamond is the hardest known natural substance on the planet earth.

Few unanswered questions still remain that from where the carbon is coming and how fast are they building and growing but it is quite considerate and obvious that the conditions may be such that the carbon atoms may be in close vicinity due to which they start making bonds with the new carbon atoms moving and adding on. This is how chemical bonds are formed and most of the crystals too which we are able to see with naked eye. Nearly billions and billions of carbon atoms are arranged in each of these crystals which we see.

The scientific research of diamonds and carbon

In certain cases the carbon is considered to originate inside the earth’s mantle, a result, making it quite obvious that it was already present inside the earth’s surface. In some other cases, certain evidence suggests that the carbon has originated near the earth’s surface. They think that it is quite possible for this carbon to be originated from the carbonate silts or from certain shells of plants and animals etc.,  whatever which was taken down to the upper mantle of the earth by tectonic plates, and the process is named subduction (Subduction is a geological process which takes place at the convergent boundaries of tectonic plates wherein one plate moves under another and is compelled to sink in because of the high gravitational potential energy into the mantle. The zones where this process occurs are known as subduction zones).

Time taken for the formation of diamonds?

Till date, there has been no exact knowledge as to how long it takes for all the processes to be done and the diamond to be made. A lot of attempts have been made regarding the same to date inclusions in various parts of soft diamond and largely they have all failed to give us the desired result and information. Diamonds may have been formed over certain time intervals ranging from days, weeks, months, and reaching up to millions of years. Many crystals that are found on the earth’s surface this is not a continuous process which means that the growth of diamonds may stop at certain time periods due to the variance in the conditions of temperature, pressure, the source of carbon, etc., and as a result, they may just sit ideal for hundred to millions of years and with time start this process of their growth again. As things don’t grow at the same rate and continuously with the surface of the earth so there have been issues to find out their time period of growth.

With the advancement in technology over the years, artificial diamonds can be made by simulating such conditions there. But certain things have to be done in order to make them grow artificially which are not sure that they occur during the natural process under the surface of earth or not. Certain metals are added deliberately to make them grow in laboratories they are grown in but there are some catalysts present. On the contrary they are not found in the natural mined diamonds which are made from the upper mantle of the planet earth.

What is the age of diamonds?

As vastly and appropriately it is known to mankind the diamonds are utterly old in age. During the 1st billion years of the history of the earth, most of the formation process of the diamonds took place. Various diamond deposits have been found over time with some being younger and others millions of years old. The kimberlite is assumed to be nearly ten hundred million years old.

Carbon dating is done regarding the same. Carbon dating is a process that determines the age of an object which contains organic material by using the properties of radiocarbon, a radioactive isotope (carbon 14) of carbon. This is done because we cannot date the diamonds themselves. But all this gives us an idea but the age of the diamond especially if it contains elements like potassium and other things which can be used in radioactive dating. All these dates have always hinted that the age of diamonds is quite old with a minimum of 100s to millions of years. In most cases, it is billions of years old from one to three billion years old as in the earth was much hotter at the period of time thus making it easy for the formation of diamonds as in the conditions were more favorable back then.

What is the age of the world famous hope diamond which is displayed at the Smithsonian’s Natural History Museum?

Hope diamond is considered to be one of the most unique, rare, unusual jewels in the world, with its own accounts dating back to nearly four centuries ago. Its much-praised and applauded infrequent blue color is due to the discovery of boron arts present inside it. It weighs around 45.52 carats and its extraordinary size has disclosed new discoveries and detection about the establishment and evolution of the gemstones. It is nearly billions of years old.

The native rock that carried the diamonds to the surface of the earth is not seen but some of the kimberlites have been found in India over the years which also have proofs of containing diamonds in them. The age of these kimberlites is billions of years and so all this suggests and gives hints that the hope diamond and homogenous diamonds discovered in India came to the earth’s surface billions of years ago or even earlier. The above facts nearly state that the hope diamond is at least a billions of years old. The age span of other diamonds is quite ancient than that.

Also Read: How to determine the value of a Black diamond?

The size and the color of this diamond make it quite unusual and rare. Over the years of the entire history of diamond mining only one diamond has been located which has made a dark blue diamond the size and quality to that of the hope diamond. The stone has its origins and was found in the Kollur Mine in the Golconda Sultanate which presently is in India. The stone is one from the world famous Golconda Diamonds (The Golconda Diamonds are the Indian diamonds that are mined in a particular geographic area presently in certain areas of Andhra Pradesh and Telangana which are the states located in India). This gives us all an idea of how rare, precious, unusual and unique diamonds it is. Many diamonds do not even get to this point because they do not survive all the things that had to have happened. 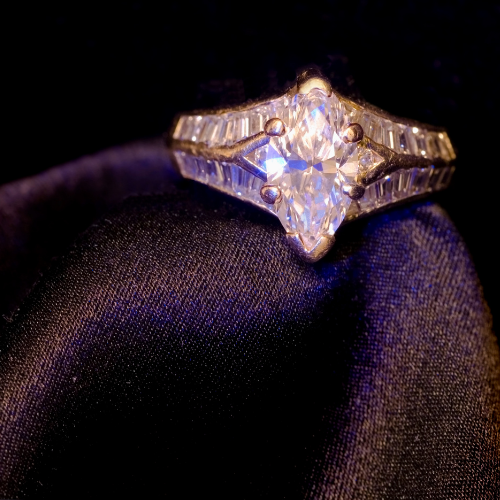 Raw Diamond Ring Which Attract The ... 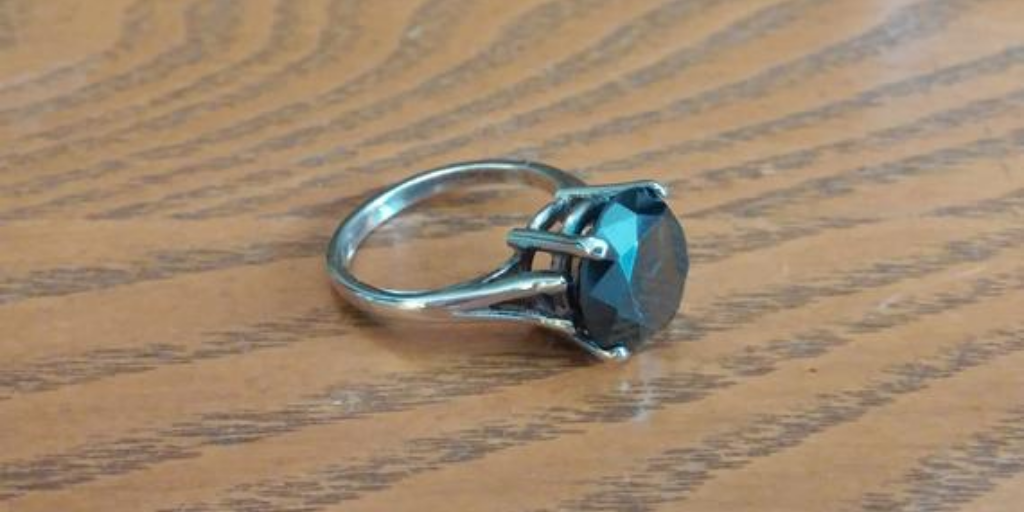 What is a Carbonado Diamond | Why C...

Diamonds are a love for every girl. Now, even boys or men also have a charm on diamonds. I... 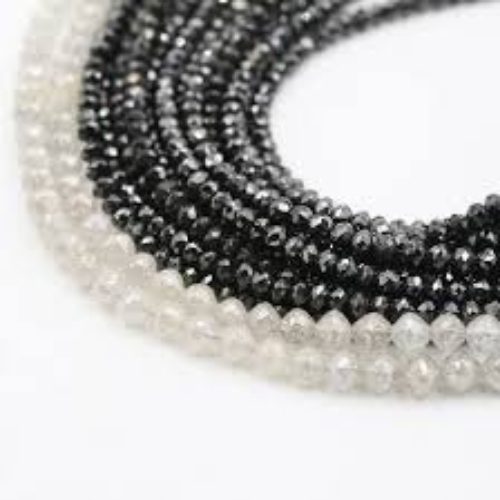 The Never-Ending Enchanting For Nat...

A stunning gift for jewelry lovers, the diamond beads are an amazing choice for those who ...
← Previous
Next →