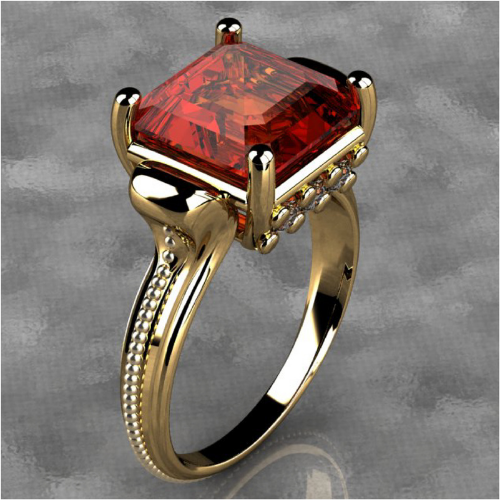 “Diamonds are a woman’s best friend”, and hence they are generally prized all across the globe. These diamonds come in various colors and one of these colors which leave people awe-struck is ‘RED’.

The peculiarity of this gem-quality diamond is not just its red color, but also how hard it is obtaining it. Red diamonds are in fact so rare in nature that GIA records covering three decades from 1957 – 1987 did not have a single report issued for a diamond with a “predominantly red” color grade. 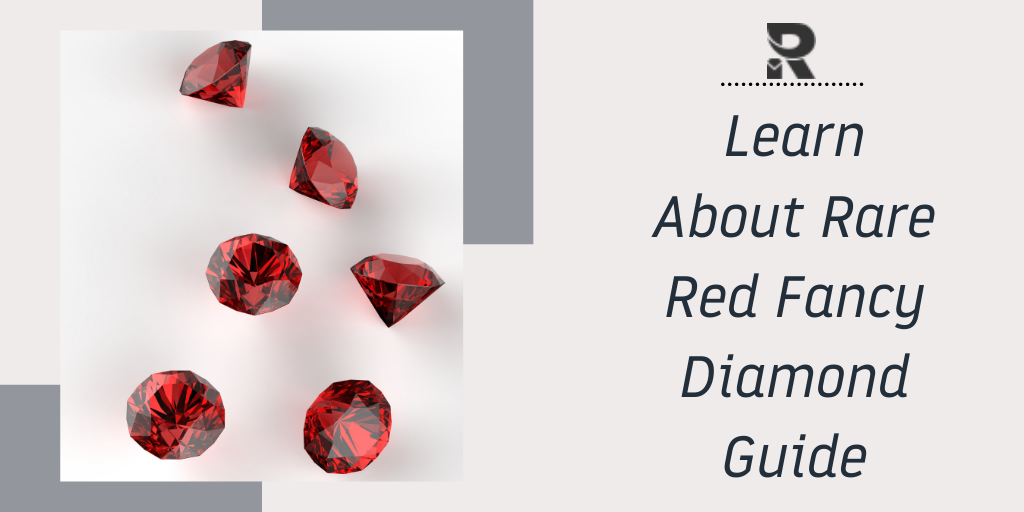 They have very similar mineral properties to that of a colorless diamond, hence it is classified as a fancy red diamond, and not renamed to some other gem-like rubies or sapphires.

The price per carat of a red diamond is easily one of the most expensive out of other fancy diamonds. Generally, they range nearly hundreds to thousands of dollars per carat.

Their high price can be attributed to their rare occurrence in nature. And the difficulty to procure them.

Naturally, they come with a limited size range – not more than one carat and they have only one color intensity according to today’s color grading system, which is “fancy”. They, however, have different clarities ranging from “flawless” to “included”.

The largest and flawless red diamond known to man to this date is the Red Moussaieff Red Diamond, 5.11ct, internally flawless. 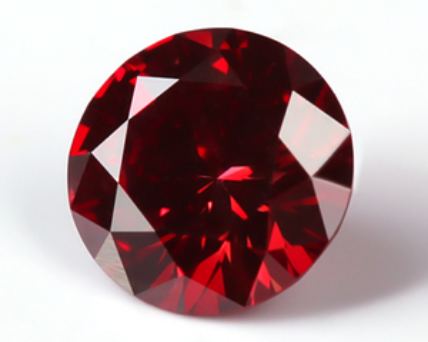 Their rare color origin only does more to add to its allure, for gemologists, however, more than its occurrence, their bigger question is its color, “How does a red diamond get its color?” is perhaps one of the hottest, debatable questions among them.

Since the best quality diamonds are considered to be colorless. It is already established that a red diamond does not get its color from impurities such as nitrogen in its composite structure. The exact reason for the origin of red and pink diamonds is highly debated among experts and specialists in the diamond industry.

However, the common conclusion among most gemologists is that during the formation of a diamond, plastic deformation occurs in its crystal lattice structure.

Some of the diamonds must be misplaced as it moves high and low in its kimberlite deposit, the intensity of the pressure caused due to this movement results in the various intensities of pink and red that we see today.

This brings us to the next point, that there is a high probability that a red diamond is, in reality, an intensified pink diamond and hence satisfying the fact that only one color intensity is viable in nature. Yet this too at the end of the day is a theory, and the actual cause is still often debated among well-renowned gemologists.

For someone with a great passion for red diamonds, who cannot get their hands on one or perhaps finds it difficult to purchase it, you can always go for the synthetic red diamonds or lab-grown red diamonds which are produced by irradiating a colorless diamond with high energy particles and then annealing it at extremely high pressures and temperatures. You can obtain other fancy colors too in such a manner.

THE VALUE OF A RED DIAMOND

As mentioned earlier, the Red diamond is a rare specimen. This increases the red diamond’s price.

As time goes by, the awareness for color diamonds in general and color diamonds as wise investments specifically is increasing greatly, which translates into a high demand for these beautiful natural gemstones.

It is unclear how much remains from the Red diamond sources are accounted for; therefore, the value of the Red diamond is constantly rising. The figures are high, but whatever the numbers are present, they will grow significantly shortly.

DETERMINING PROPERTIES OF THE VALUE OF A RED DIAMOND

However, their one point of difference is unlike with a colorless diamond, the color grade of a fancy diamond is perhaps considered as the most important characteristic of it. And hence the value determining factor.

Followed by the color grade, the next most important attribute is the diamond’s carat weight. The least value determining traits are the cut and clarity of fancy diamonds, as these diamonds come with limited options for their cut and clarity and thus these become more subjective traits in this scenario.

The color of a red diamond is its value-determining property, and hence the most important. The color grade is assessed based on the hue and saturation of the diamonds. Their grading standards do deviate much farther from the grading standards of colorless diamonds.

Red diamonds can sometimes be found with secondary colors such as brown-red, or orange-red, or purple-red. But red has not been found as a secondary color for any other known diamond color. Moreover, unlike other diamonds, red diamonds are never found modified by a third color.

A pure red diamond may be ideal for the appropriate buyer, however, its occurrence in nature is even rarer than a red diamond with a secondary color.

Similar to other diamonds a pure red diamond would be significantly more expensive per carat than a red diamond with a secondary color.

The color grade of brownish-red and orange-red diamonds is considered less than those of purple-red and hence are lesser priced compared to them. Still, their cost price may run up to $400,000 per carat and more.

At some GIA labs, the gemologist has managed to allot a color grade of “Fancy red” to a “Fancy deep pink” diamond by re-polishing it. However, this has been accomplished only a handful of times. 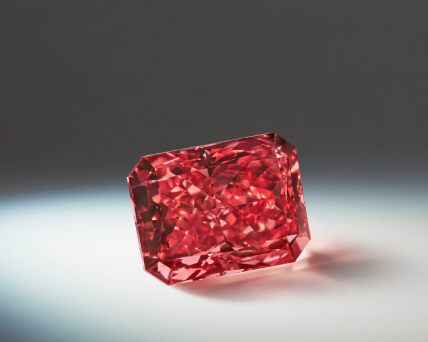 Any diamond is examined under an instrument called a loupe, at bright light under a magnification which enhances the visibility of the diamonds by ten times to grade its clarity that ranges from “flawless” to “included”.

The most well-known red diamonds are famous for their relatively small carat weight, as a matter of fact, most of them are less than one. Only five diamonds to this date are found to be more than five-carat weights. The largest being 5.11ct.

Since there are only a handful of red diamonds discovered each year. The data for their comparison is very limited.

The carat price of a red diamond is 300-400% higher than most of the other expensive fancy diamonds such as pink and blue diamonds.

Fluorescence in most diamonds is not really paid much attention to. They are more of a subjective characteristic. Some colorless diamonds do not even possess fluorescence.

However, most red diamonds show some degree of fluorescence when observed under UV light.

In colorless diamonds, fluorescence can either enhance or diminish the appearance of a diamond.

That, however, is not the case for red diamonds or fancy colored diamonds, when it comes to these, fluorescence is a viable characteristic and proves the buyer that a fancy diamond is genuine.

It does not detract from the value of the diamond or diminish its appearance.

PRICE OF A RED DIAMOND

Pure Red diamonds is one of the most expensive types of fancy diamonds out there, as their cost can go up to $1 million per carat.

The same stone GIA certified without any modifications is priced at over $850,000.

Some red diamonds are not exceptionally rare. The most primarily sought-after diamonds are the ones that have a primary red color with the absence of any secondary colors such as orange or purple.

THE POPULAR RING SETTINGS FOR WOMEN

A red diamond ring for a woman might be the best gift out there. If you have managed to buy a pure red diamond and are not sure what to do with it, then the best choice is to go for rings as it would complement the small size of the diamond.

The most commonly preferred red diamond ring settings among women are:

The ornate halo setting would maximize the fancy diamond’s size and rare beauty and makes for a perfect gift for any occasion.

This is perhaps the most sought-after ring setting despite the stone, you can pair your red diamond with any other diamond, either fancy or of the normal grade to compliment the rare red stone.

This type of setting is perfect if you wish for your red diamond to stand out more than it already does, as the prong setting elevates the diamond on the ring making it one of the most classing engagement ring settings in America.

Their extreme rarity increases its value and hence makes it the most expensive diamond per carat. Pure red diamonds are even rarer to find. We at RRPDiamonds ensure the quality of each andevery diamond.

Most of them come with secondary colors such as orange or purple. But they have not yet been found with tertiary colors. They are only a handful of them found annually which adds to the diamond’s original rarity. 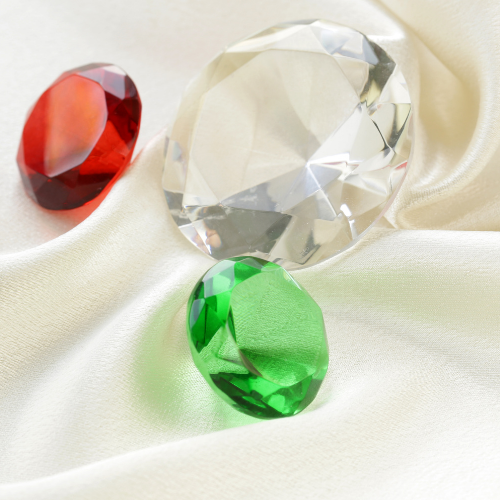 Is A G-Color Diamond Worth It...

It is often said that the best diamonds are those that are purely colorless. It is also sa... 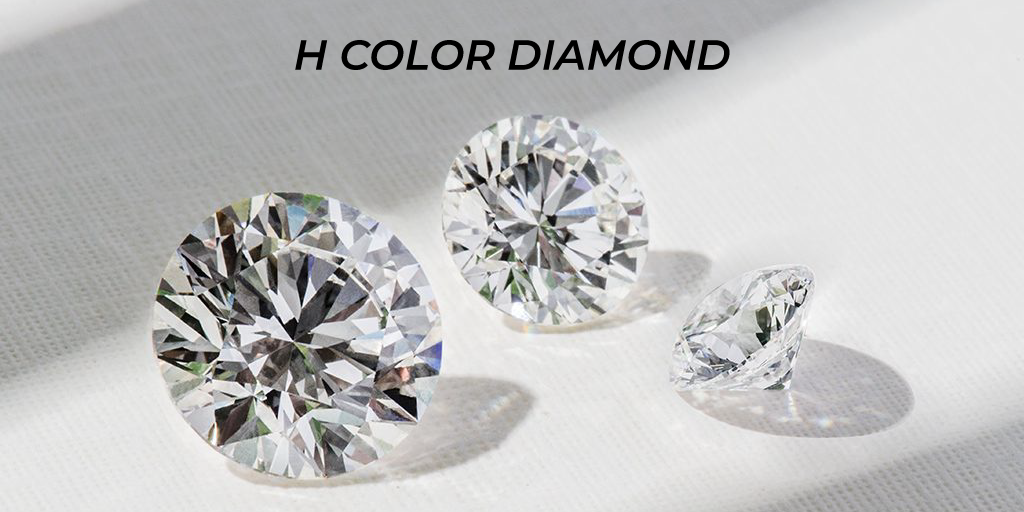 A beautiful transparent piece of stone may have some color in it. These gorgeous gems crea...