With a wide variety of diamonds available for diamond shoppers and enthusiasts in the industry, the one type of diamond that combines the beauty, distinctiveness, and grace of multiple designs and styles in diamonds is the trillion rose cut black diamond.

The trillion rose cut black diamond is a stunningly gorgeous combination of everything beautiful and unique about diamonds. With the rose cut being one of the most brilliant and timeless cuts made in diamonds combined with the trillion cut, an equally remarkable but contemporary cut, the resulting diamond is a masterpiece wished and wanted by many. 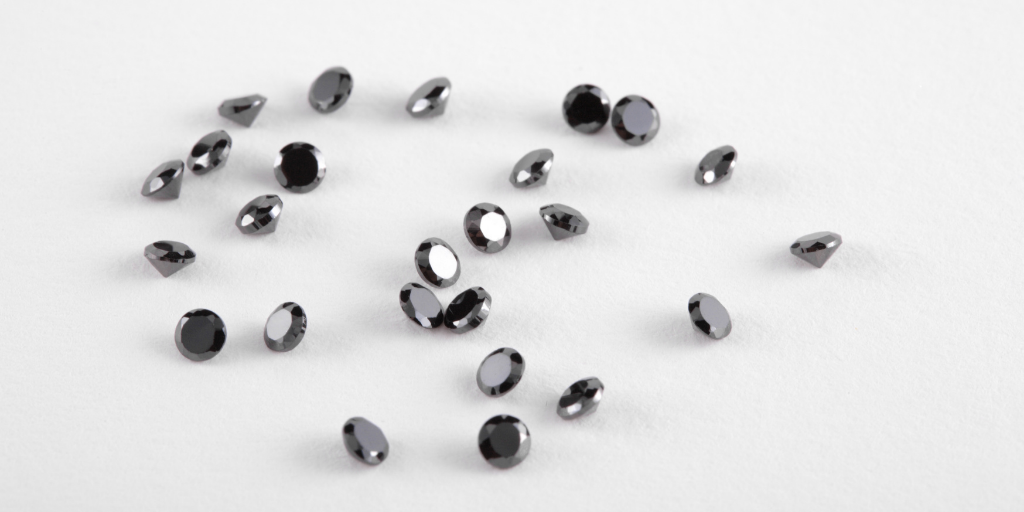 The other massively bonus to this beautiful piece of the gem is when the type of diamond on which the dazzling cuts are made is the black diamond. Hence, forming the perfect combination, the trillion rose cut black diamond is the ideal choice for customers who are looking for a piece of jewellery that does not conform to the classic trends of colourless gems and sets itself apart from the crowd while also retaining a touch of tradition.

To describe what this diamond actually looks like and the manner in which it impacts the form of jewellery it is set in, here is a detailed explanation of every aspect of the diamond so as to customers considering to purchase the trillion rose cut black diamond can get the best idea about what they are getting their hands into.

What are Trillion Cut Diamonds?

Commonly used as diamond accents, the trillion cut diamonds are shaped triangularly and generally have three sides which are equal in length along with a surface that resembles a flat table.

Although the trillion cut diamonds are generally used as a side stone in designs featuring other types of diamonds in the spotlight, many customers have begun preferring the diamond as the central gem in their rings since the diamond’s appeal has grown exponentially since its relatively recent inception in the 1960s.

The fame surrounding the diamond can be credited to its appearance exhibiting an exciting and provocative shape and hence, proves to be an extremely eye-catching and stunning choice in various forms of jewellery ranging from rings to pendants.

Customers who are out in the market searching for the perfect trillion cut diamond to feature on an engagement ring, instead of focussing on the 4Cs of diamonds which customers would have for most of the other types of diamonds, they should concentrate on making sure that the centre diamond matches the side diamonds in the case wherein the trillion cut diamond is used as a side stone. A similarity in clarity and colour grades between the two is the most essential thing to keep in mind.

The following tips must be kept in mind during the purchase of a trillion cut diamond:

What are Rose Cut Diamonds?

In terms of appearance, rose-cut diamonds, as the name suggests, resemble the petals of a rosebud uniquely known for its domed top and flat base.

Additionally, the domed top consists of innovatively designed triangular facets, varying in the amount of 3 to 24, that are arranged in a rose-like pattern. The simple rose cut diamonds would have the lowest range of facets whereas the fancier ones might have the upper limit.

The major noticeable difference between modern diamonds and rose-cut diamonds is the absence of a point base or a pavilion in the latter which results in the formation of a relatively flat lower half of the rose-cut diamonds.

Effects on shape due to the differences

These variations create some major effects on rose cut diamonds which can be summarised as:

Rose-cut diamonds are available in beautiful colours which they display alluringly and with better effects than the other diamonds. For the ones who are attracted by a vintage look in their jewellery, a rose-cut diamond of lower colour-rating is also readily available.

While flaws and impurities are often seen with a negative eye for various designs of diamonds, this is not the same for rose cut ones. The flaws in these cases bring about enhancement and beautification to the jewellery since the rose cut is known to reduce the imperfections into something beautiful and antique. However, customers who prefer these flaws to remain unseen can always opt for a clarity grade of VS1 or VS2.

The other factors that affect the rose cut diamonds are colour, clarity, and shape and symmetry.

Unlike other diamonds, colourlessness is a lesser desired effect in the case of rose-cut diamonds since they were originally designed in the manner wherein they would shine under candlelight and fire. Therefore, the warmer tones suit the diamond better and highlight the shape beautifully.

However, this is a matter of preference and brides who want to opt for the colourless options can choose the ones that fall in the range of D to F in the colour grading system although they will cost higher than the ones on the lower grade.

The coloured rose cut diamonds also have a large fan following since they are an excellent way of highlighting the colour of the stone without bringing brilliance into the spotlight.

The common colours found in this category include black, champagne and even the opaque and rustic colours. However, people often mistake the rustic tones with raw diamonds which is a false assumption since these diamonds have been cut and polishes and are not at all in their raw form and are rather just coloured in an antique shade which gives it a raw look.

Clarity of the rose-cut diamonds is an important factor when looking for a rose cut diamond engagement ring since this feature also affects the cut’s transparency.

The fewer facets on rose-cut diamonds disallow the internal flaws and small inclusions from being well hidden and hence, diamonds with the appropriate amount of clarity is necessary if the customer desires for a significant display of the diamond’s beauty.

The various shapes that rose cut diamonds are available in are traditional rounds and ovals, kites, hexagons, squares, etc.

Symmetry is not as important an aspect in the case of rose-cut diamonds since the presence of asymmetrical proportions is considered an element of the diamond’s charm and allure and symbolizes the simpler and ancient times wherein diamonds were cut by hand and eye.

What are Black Diamonds?

These scientific anomalies give result to an astonishing and uncommon colour of diamonds that has garnered a lot of attention and popularity amongst the public wherein more and more people are seeking to add the shade of black diamonds into their jewellery.

The specifications based on which the GIA grades diamonds which is generally a combination of the 4Cs of a diamond – colour, clarity, carat weight, cut and GIA’s International Diamond Grading System is only applicable for colourless to near colourless diamonds (D to Z diamonds) and hence cannot be used to grade black diamonds since its attributes and features fall out of the evaluation guidelines.

However, the colour grading system for coloured diamonds set by GIA can be used to some degree to assess a black diamond. Limitations lie for this provision too since these stones are opaque and heavily included, rendering the GIA clarity scale ineffective along with additional incompetency of the colour grade since black diamonds show no variation in tone or saturation and hence only the single grade of Fancy Black is applicable for such diamonds.

The GIA issued Coloured Diamond Identification and Origin Report that awarded to the black diamonds only describes the diamond as Fancy Black if it is of the purest nature and the colour is denoted as natural or treated based on the process the diamond has undergone in order to achieve its black colour.

All these limitations will lead to a lot of confusion amongst customers in search of a good quality black diamond. Hence some minimum requirements that customers must keep in mind while seeking for smooth surfaced, well-cut, and richly coloured black diamond are the following:

Also Read: Fancy Black In Pear And Rose Cuts That Look Stunning Together

Hence, the trillion rose cut black diamond is a combination of every aspect that has been explained above in detail. A black diamond which is a trillion cut merged with a rose one is, therefore, the result. It is the perfect choice for someone who wishes to stand out with the beautiful shade of colour that the diamond will express along with the stunning cuts it will be made with. 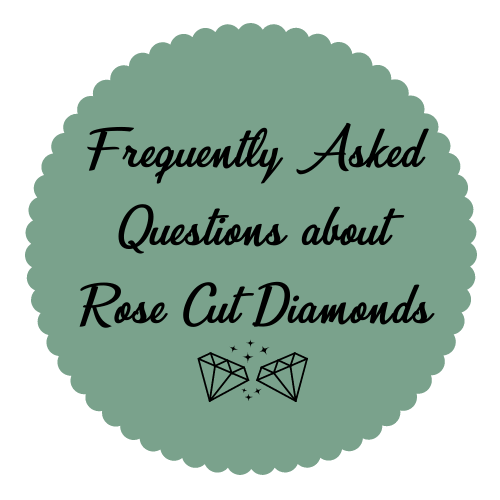 Different types of diamond cuts have different attraction points, and wild around brillian... 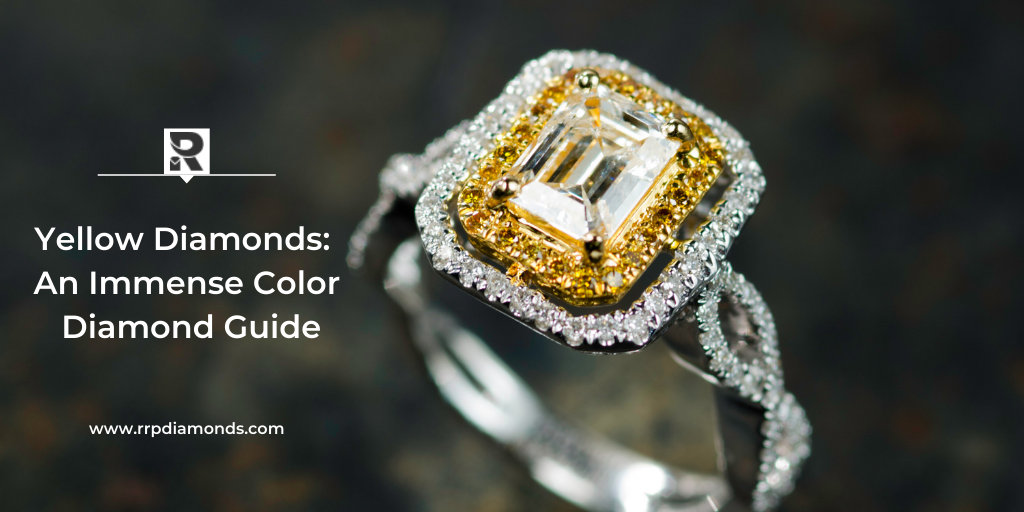 Yellow diamonds come from the class of fancy diamonds. They are found naturally and synthe...

Radiant Cut Diamond: A Diamond With...

When it comes to diamonds, there exists a list of different styles and cuts, each having i...