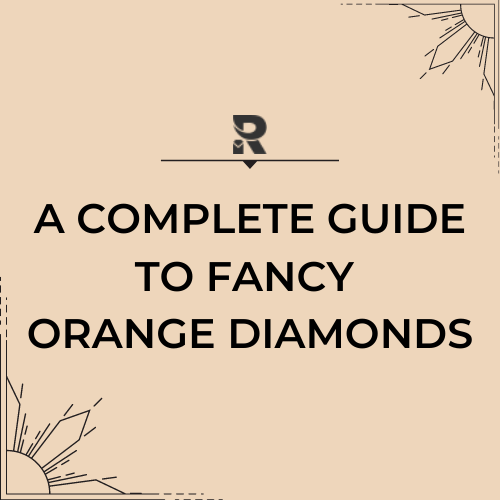 Natural precious diamonds which are orange in color and also called orange diamonds are classified under the fancy diamonds by the GIA, due to their rare color and origin.

A “pure” fancy orange diamond is similar to a pumpkin color in terms of its shade and intensity and it is truly rare. Orange diamonds like most fancy colored diamonds can be traced back to the Argyle mines in Kimberly, West Australia, and in some mines of South Africa.

These stunning orange creations like other fancy diamonds are also very expensive as they are regarded as nature’s most beautiful anomaly. 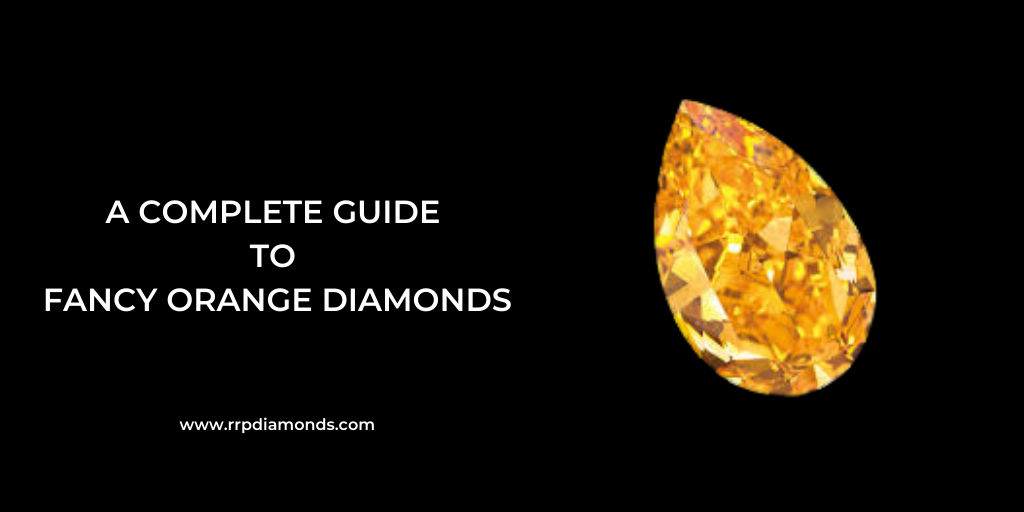 An orange hue in a diamond is even more rarely seen than other hues, and a pure orange color grade is hardly ever certified to a diamond. In simple terms, you have a one in a million chance of coming across a certified naturally mined pure orange diamond, as they are that rare.

Orange diamonds which have a secondary undertone ranging from brown, yellow, pink, or red are lesser priced and more available the pure diamonds.

Orange diamonds are less commonly seen in ornaments and are bought more for collectors or investors’ purposes. However orange diamond does make a statement in any piece of jewelry.

Unlike other fancy diamonds the gemologists do not ponder much over what causes the amber color in orange diamonds, their color is commonly attributed to the nitrogen atoms which are uniformly distributed in the crystal lattice and absorb blue and yellow light.

Purer orange diamonds are rarer to find compared to orange diamonds which have a secondary color. The saturation and intensity of a diamond play an important role in the color grade that is allotted to the diamond.

Most of the disparities in the appearance of the color diamond are attributed to its tone that is a particular point at which a diamond falls either in the dark or light spectrum.

INTENSITIES OF THE ORANGE DIAMOND

Like other fancy diamonds the orange gemstone also follows the GIA’s color grading system, these grades are given only to the natural fancy diamonds and not for the synthesized or lab-grown ones. The Intensity grades for orange diamonds are as follows:

As you go down in the spectrum the color intensifies and the more intense the appearance of a diamond’s color is, the higher its saturation is, and consequently, the more expensive the diamond is.

A fancy intense orange color would be more expensive than a light orange, regardless of its other distinguishing properties.

Color is regarded as the primary, price-determining factor for fancy diamonds. Hence Fancy vivid and Fancy deep color grades are the most preferred when purchasing any fancy-colored diamond.

THE DIAMOND TONE FOR ORANGE DIAMONDS

Tone generally refers to the darkness or lightness of a diamond. Although the GIA grading system does not really consider the tone of a diamond.

However, to the naked human eye, a diamond with a darker color would appear more intense. And hence ultimately increasing its value.

A smarter way to purchase a good quality diamond is to go for a Fancy orange with a darker tone. It would appear intense while saving you the money on a higher color grade.

THE FLUORESCENCE OF ORANGE DIAMONDS

Fluorescence is the glow exhibited by a diamond when it is hit by a UV light, it mostly appears as blue for colorless diamonds but at times a yellow, orange, and green fluorescence can be seen as well.

They are seen as yellow in fancy-colored diamonds that have an intensity of Fancy Intense, or Fancy vivid yellow-orange or yellowish-orange.

Yellow fluorescence in an orange gemstone can cause a golden cast and cause the diamond to appear pastel in color. Fluorescence is an entirely subjective choice when it comes to the aesthetics of the stone. Some may prefer it while some may not.

Clarity is important for fancy diamonds out of the 4C’s of diamonds. As well as colorless diamonds. The clarity grade for orange-colored diamonds usually ranges from VS1 to the I1 range. Even orange diamonds that have a lower clarity grade have such an intense color that even then the color hides away any inclusions and blemishes on the diamond. Since the orange diamond is so rare their clarity is not considered as much as it is color and intensity.

SHAPES OF AN ORANGE DIAMOND

It should be noted that shapes in diamonds are referred to as the shape obtained by a diamond when cut and polished. A cut of diamond on the other hand is a technical term and thus signifies symmetry, facets, refractive properties, and much more. The cut of a diamond will give it its shape.

The most preferred shape for orange diamonds is pear cuts, radiant cuts, cushion cuts, and other similar cuts.

Unlike colorless diamonds, round cuts are not really preferred for orange diamonds since they tend to produce a lower saturation color as these cuts best reflect lights causing scintillation in the diamond.

For pure natural orange diamonds, round cute is an even bigger no since they tend to make the fiery orange color appear faint and dull.

A GUIDE TO PURCHASE AN ORANGE DIAMOND

The more rare a diamond the higher is its value. And if a diamond has no secondary or modifying colors, it would be considered as a natural pure orange diamond which would significantly cost more per carat compared to a diamond with secondary colors.

The setting which you chose is also paramount as it could enhance or diminish the appearance of the stone. Other characteristics are not considered as much; however, they can fluctuate according to your own preference.

According to Gemologist, a pure orange diamond is considered to be the 4th or 5th rarest fancy diamond, naturally occurring on Earth after Red, violet, pink and blue.

A pure red diamond is obviously rare and is considered of the highest value as the GIA regards them as the rarest, compared to a diamond with secondary colors. There is a considerably large drop in the value of a fancy diamond if it has a secondary undertone, however, most of the orange diamonds found come with a secondary color such as brown, brownish, yellow, yellowish, brownish-yellow, and pink.

One of the most well renowned orange diamonds is the “Pumpkin orange” at 5.54ct. fancy vivid orange color grade, cushion-shaped, acclaimed by William Goldberg, a well-renowned diamantaire. The discovery of this diamond in the 90’s cause a huge spike in the public interest in orange diamonds and hence in its retail.

“The orange” is the next most famous orange diamond that set a world record for the highest price paid per carat ($35,540,612) the diamond was priced at a massive $2.4 million per carat. “The orange” weighs at a 14.82ct, Fancy Vivid color grade, with a VS1 clarity grade. The diamond was auctioned at the Christie’s in 2013 and had most definitely stolen the show. The Orange was also an exception to the type 1b.

Only a handful of fancy vivid orange diamonds have been auctioned to this date. They all weighed below 6ct.

Some of the well-known names of orange gemstones are:

If you managed to get your hands on a rare orange diamond, then it is paramount that you ensure it receives a proper setting on any jewelry that it is placed upon. The most common jewelry setting for fancy diamonds is engagement rings. Some engagement ring settings that actually go well with an orange diamond are:

The Side Stone Setting

This is the most popular setting for fancy diamonds, and even more so for rare diamonds. People prefer to add more value to their jewelry by accentuating it with colorless diamonds. This not only provides you with a perfect contrast but helps the orang stone to stand out on the ring as the center stone.

The prong setting is more widely used to make your jewelry a statement piece. With the valuable orange diamond uplifted on the ring setting, it would make your diamond appear a few carat weight larger than its original, and it’s bound to turn a few heads when you walk by graciously.

This setting is preferred to highlight the originality of the orange diamond and smaller diamonds, preferably colorless can be encrusted in the ring band providing a subtle yet gorgeous contrast.

They are bought mostly for investment purposes or to add a unique piece to their collection. But with the increasing rarity of these diamonds, they have become more in demand in the market even for common jewelry purposes and hence they are now even lab produced. 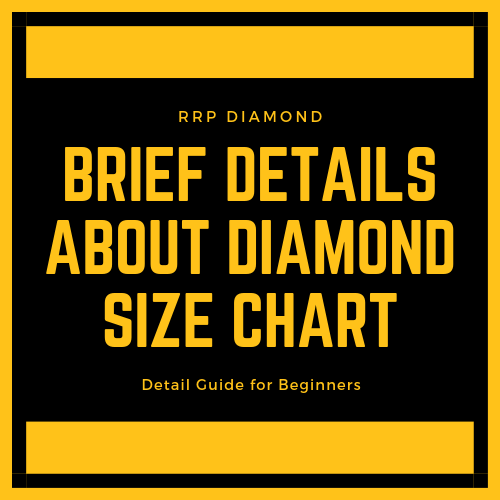 Diamond Size Chart and its brief details While purchasing the diamonds, all of us think ab... 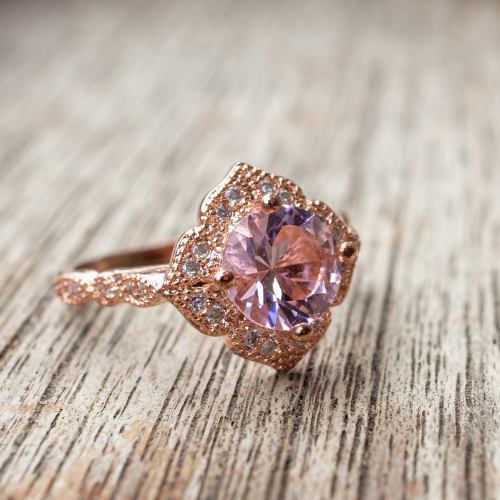 Natural Argyle Diamond: Where They ...

Argyle diamonds are more commonly referred to as pink diamonds, or more precisely are a ty... 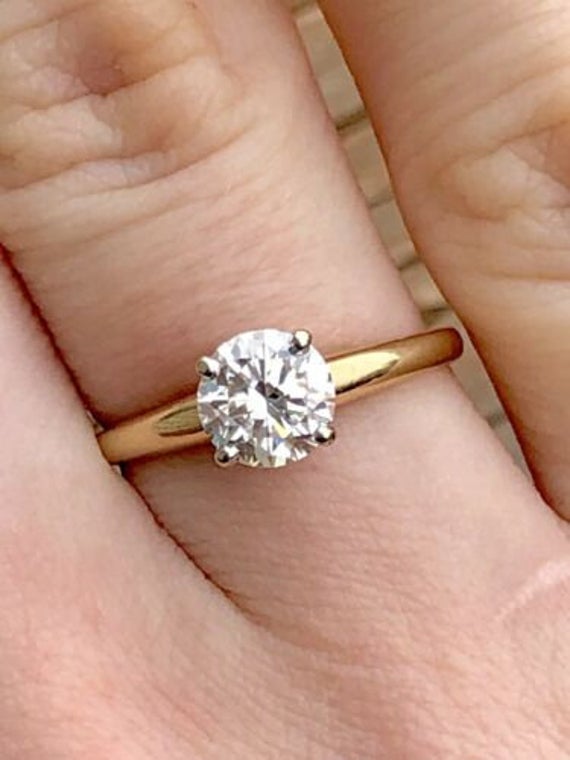 Choosing a diamond lower on the color spectrum can save money, but some of those color gra...
← Previous
Next →