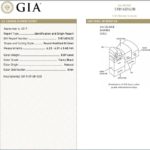 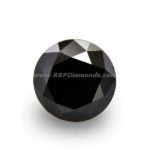 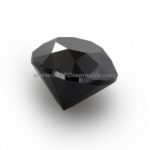 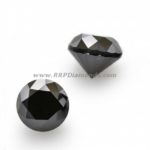 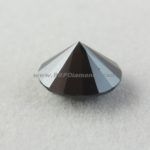 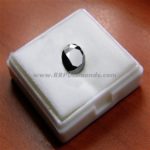 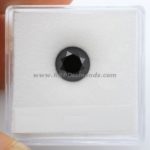 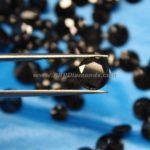 A Rare Natural Fancy Black Diamond. GIA(5181681620) Certified (with authentic GIA laser inscription!) Round Brilliant Cut Untreated Earth mined Diamond, 0.89ct with very strong color saturation. This can be the center of a great gothic style diamond ring. Retail value is over 1000$ per ct, buy it only here for less!

Unlike other colored diamonds, black diamonds gain their distinct color through a mixture of graphite and amorphous carbon, as opposed to naturally occurring interactions with other elements such as nitrogen or boron.
Also known as ‘carbonados’, the mysterious allure of natural black diamonds make them a favorite with collectors and lovers of statement jewelry, as well as a popular choice for engagement rings and men’s bands

The opaque color of black diamonds is caused by dark inclusions or, more commonly, by color treatment. Most black diamonds are treated to become a green that’s so dark it appears black, but not opaque.

A beautiful natural black diamond can be very rare and hence highly sought after, and when you buy black diamonds there are certain things that you need to keep in mind.  Most natural black diamonds are typically found with many inclusions,  such as scratches and gray spots that contrast against their mirror-like surface. For this aesthetic reason,  most of the black diamonds used in the jewelry industry are heated or irradiated.  Previously, graphite treatments were also used,  but this  is no longer the case.  It might however be worth to keep in mind for older diamonds.

HOW ARE NATURAL BLACK DIAMONDS FORMED?

Whereas other fancy colored diamonds are formed as a result of sustained interactions with elements such as boron or nitrogen during the creation process, natural black diamonds owe their unique coloration to a large number of inclusions (defined as small imperfections present in all diamonds) that are spread throughout the stone. Although these inclusions are usually comprised of graphite, it is not uncommon to find traces of magnetite and hematite as well.

HOW EXACTLY IS THE FORMATION PROCESS DIFFERENT FROM WHITE DIAMONDS?

While they are formed in the same conditions as white diamonds, precisely how black diamonds come to have a large number of inclusions that lend them their distinctive color remains a mystery.

The more mundane explanation is that they are the result of high-pressure conditions in the earth’s interior combined with dark inclusions of graphite. However, this theory does not explain why the stones are found almost exclusively in Brazil and the Central African Republic.

A more exciting theory holds that natural black diamonds were part of a star that exploded 3.8 billion years ago. Having drifted through space for 1.5 billion years, the stones crashed to earth as part of a meteorite and have been here ever since.

It is a commonly held misconception that black diamonds, due to their high number of inclusions, are essentially colorless diamonds with an extremely low clarity grade.

ARE BLACK DIAMONDS POPULAR FOR ENGAGEMENT RINGS AND OTHER JEWELRY?

Due to their unique, highly aesthetic appearance and deeply rooted symbolic value, black diamonds are a popular option for engagement rings and have been for several centuries.

In Renaissance Italy, rare black diamonds were believed to possess the power to restore the happiness of a married couple. Today, black diamonds continue to be associated with romance and conjugal happiness.

At RRP Diamond, We are doing B2B Business where we sell diamonds in wholesale. You can contact us by below methods:

There are a few important things to keep in mind when returning a product you purchased. You can return unwanted items by post within 7 working days.

Please ensure that the item you are returning is repackaged with all elements. 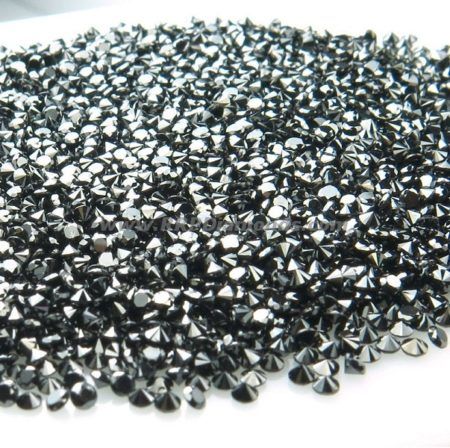 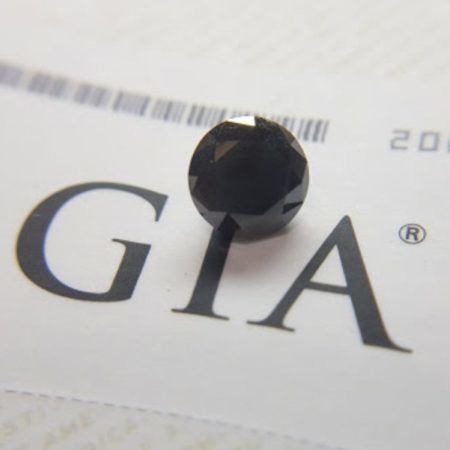 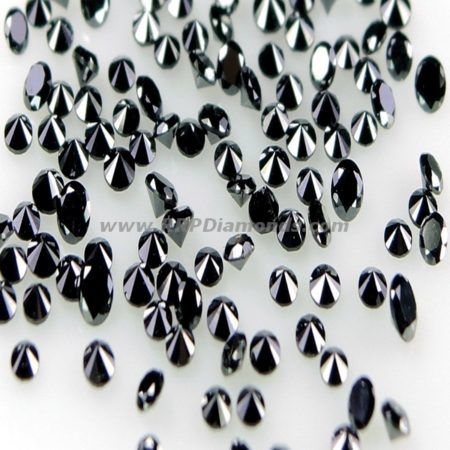 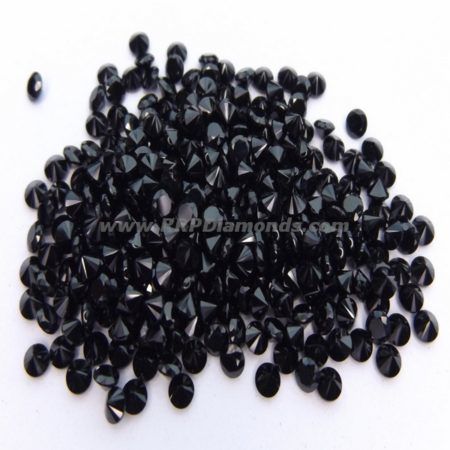 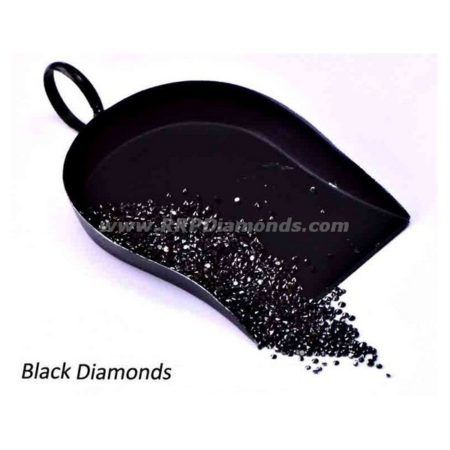 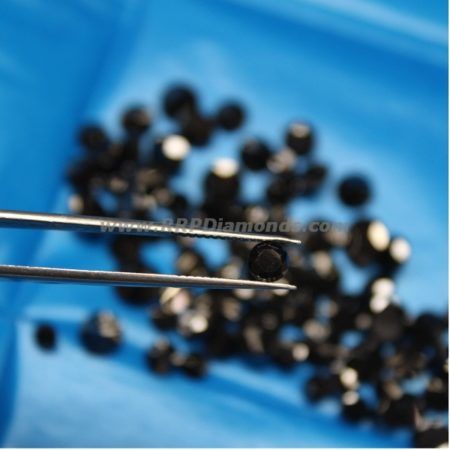