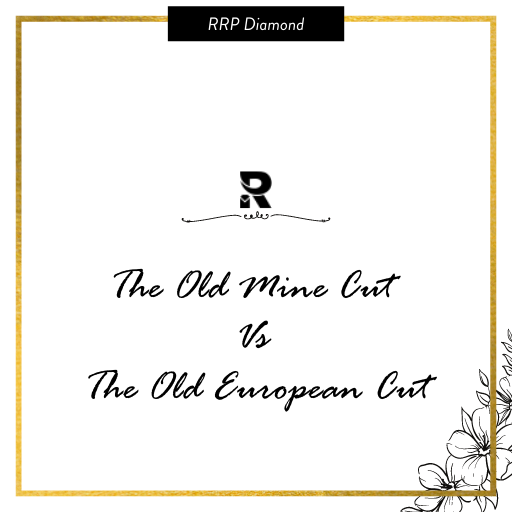 They say diamonds are an example of resilience, and rightly so. The story of diamonds starts out with them being nothing but an ordinary mineral, deep inside the earth’s surface. Every piece of diamond remains that way until it is subjected to intense heat and pressure for millions of years.

But they are not still as precious until a miner finds them and assigns them the value they have earned in the world.

Diamonds are not just for aesthetics, they are a symbol of many human emotions and values. They have throughout history honored many chivalrous men and women. For ages, diamonds and diamond jewelry have been given as a token of love and commitment. They have been passed on from generation to generation as a family heirloom.

Diamonds in their crude form look no different than a shiny pebble, they are given their beautiful form by jewelers and artisans by cutting and polishing them with specially crafter techniques.

What are antique diamonds? 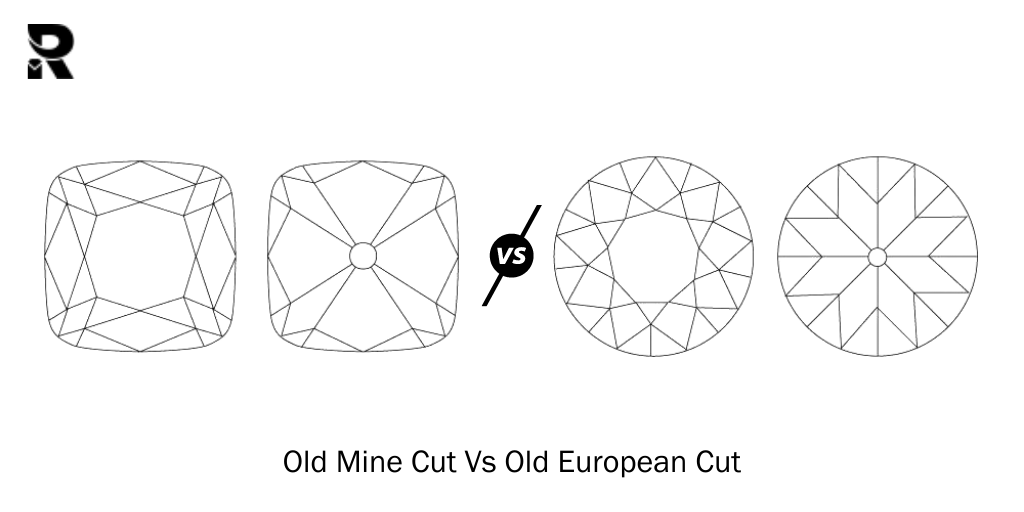 Antique diamonds are those gems that are cut in specific designs. These designs could have been generated anywhere between the 1300s and 1930s. Antique cut diamonds can be found with collectors or in museums.

They have double the value because it is not just the value of a diamond, but it comes with the added value of history. Most antique cuts are regarded as premium, and you can see many celebrities nowadays requesting an antique cut.

Antique cuts are also regarded as more romantic and meaningful because they have heritage attached to them. If you are looking for an engagement ring, our suggestion would be to go for an antique cut diamond, to add extra meaning and soul to your proposal.

The history behind the Old mine cut

This was also the time when most of the diamonds were sourced from mines located in Brazil and India. The diamonds received the name ‘old mine cut’ because all these diamonds were cut in a particular style. During its reign, the old mine cut was a trend that everyone wanted to be a part of from the aristocracy to the royalty.

The name ‘old mine’ started to be strongly identified as a type after diamonds were discovered in South Africa and there was a paradigm shift in the diamond trading world. With the advent of technology, effective machinery, different diamond sources, and unmatched high-quality techniques, the previous cut, that is the old mine cut was used everywhere for reference and it became a classification in itself. The old mine cut is still regarded as one of the finest and most beautiful cuts developed during that time.

The history behind the old European cut

The European cut descended after the popular old mine cut. This cut was developed when nuanced and high-level technology was developed for diamond cutting. Before this era, all diamonds were cut, sourced, and crafter through hands, and rudimentary manual techniques.

The name European cut fits because European diamond cutters were the first and fastest to adopt this cut and from there it spread like wildfire.  The reason why the old European cut became so popular, especially amongst the craftsmen, was because they could cut a round shape, without cutting off most of the original stone.

The cut focused on carat weight rather than brilliance. The old European cut is the father of the modern round brilliant cut. And the descendent of the precious old mine cut diamond.

The old mine cut and the old European cut though they originated at different times in history have many stark differences. Here is a detailed comparison between the two cuts.

The Old European cut can be recognized by looking for a perfect circle in between. In comparison to the Old mine cut which has a cushion shape, meaning around mid-part with rounded corners. The old mine cut has a smaller percentage of its girdle than the diameter of the top table. The old mine cut as a result has a small top table and larger cutlets.

Also read: Tips For Beginners Diamond Trader – How To Get Started

The most famous old mine cut diamonds: 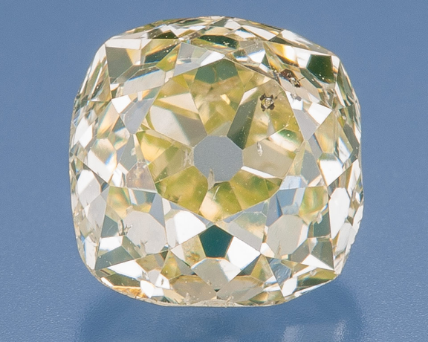 Also read: Difference between Full Cut and Single Cut Diamonds – Which one to choose?

The Old mine cut and the Old European cut have specific things to offer, nonetheless, both are exquisite works of art and craftsmanship that need to be appreciated for their own advantages. One thing that can be said for both the diamonds certainly is that they both carry an institution of history behind them.

Another fact that holds true for both of the cuts is that they are beautiful and very versatile to work with. The choice lastly depends on you; the consumer as to what are your requirements, what suits you more, and what is something that feels beautiful to you. Purchasing any of the two cuts adds extra value to your piece of jewelry and surely the cutting style of the diamond and the stories attached to it are a great conversation starter.

Old Mine and Old European Cut